This is a hot holiday gift specifically for teenage and college aged kids who love football.

You don’t have to be from New England to love the fun-loving, happy Rob Gronkowski (who just happens to be an excellent football player for the Patriots).   Where Gronk goes, fun and adventure follow.  This is the guy who wore a Minions hat, chugging beers on a Duck Boat in the Super Bowl parade!  Gronk appeared on Family Feud, was a pace car driver at NASCAR and was even in a music video with David Ortiz for Dunkin’ Donuts!!  Come on, this guy has personality — who doesn’t smile and laugh at what Gronk is doing next when he isn’t on the football field?

Now Gronk has his own football speaker — the football itself is a bit heavy, but it can be tossed around causally.  It is water resistant — and most importantly so that you can have music wherever you go, the football is a speaker!

Kids love this — we were at a college football tailgate and the kids wouldn’t put this Gronkball down — playing catch and just loving that it was a Bluetooth speaker.  (Every teenager there was asking their parent for one of these!) 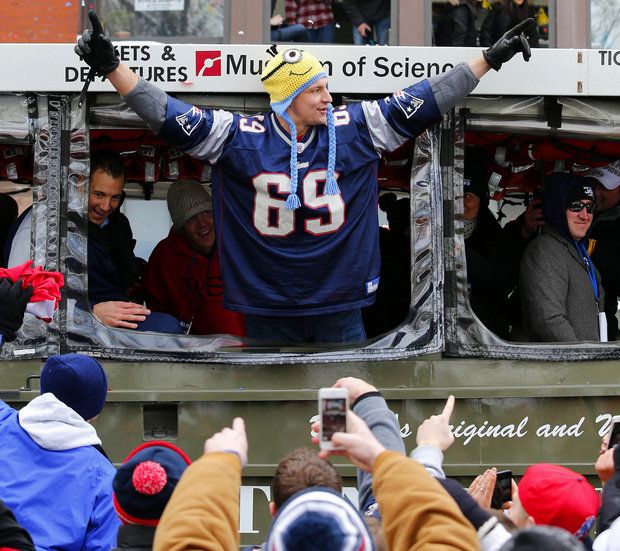 PS.  We’re not happy that is has the Brookstone logo on it, but the kids don’t seen to notice.  Bummed it doesn’t have the Gronkball name on it instead. . . .

In our home I have a special closet with secret gifts inside.  Some are ‘tried and true’ that I have on hand for hostess gifts, sudden birthday parties and thank you gifts.  Others are hand-picked for a friend or relative waiting for an upcoming event or holiday.

The idea for this site came to me because every year before the holidays a few of my close friends would reach out and ask for gift ideas for their Dad, their teenage cousin or even a business colleague.  Every time I would get a request like this, I dropped everything and started searching for ideas.  Doing that kind of deep-dive research is what I live for.

Secret Gift Closet is about sharing my favorite gift ideas from one girlfriend to another.  Over the years I consider it an honor to share my discoveries with my best friends. . . and now you!

And, of course, if you have your own go-to favorites, I hope you will share them here, too.

I truly believe the best gifts are the gifts of time and memories we make together.  I just don’t like to show up empty handed.